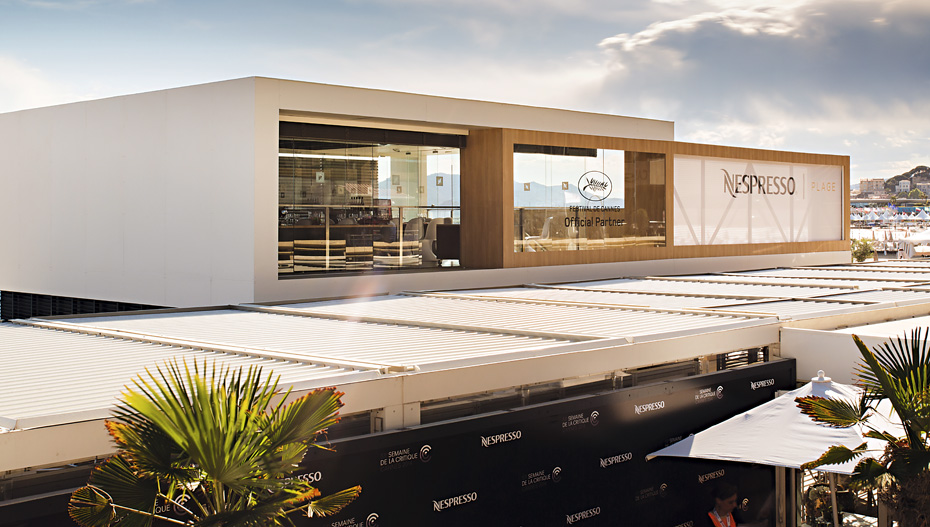 As top celebrity style stars were gathered at the 67th Festival de Cannes from 14 to 25 May 2014, Nespresso again assumed its role as Official Partner to one of the most renowned film festivals in the world.

Now in its seventh year, this partnership is one of several Nespresso Ultimate Events which celebrate the passion, creativity and pursuit of excellence that Nespresso shares with other industries such as sports, cinema and haute cuisine.

This year Nespresso made young talents in both film and haute cuisine a particular focus of its engagement at Cannes.

On ten nights of the festival, an exclusive dinner was staged for 20 select guests at the Plage Nespresso, created and presented by one of four celebrated chefs. Each chef created a multi-course meal incorporating a Nespresso Grand Cru as an ingredient and inspired by an award-winning film.

Nespresso also dedicated the next issue of its magazine What Else? to rising stars in the world of gastronomy. Prominent journalists penned insightful portraits of the four chefs in the spotlight at Cannes.

Over the past years the Plage Nespresso on La Croisette has become a much-loved destination at the festival. This year is no exception as Nespresso again hosts Club Members and VIPs at its exclusive beach area overlooking Canne’s famous bay.

Filmmakers and fans alike will also benefit from widespread accessibility to their favourite Grands Crus, with 220 Nespresso machines on site serving an estimated 180,000 Grand Cru coffees to festival visitors.