A third production centre in Romont, in the canton of Fribourg 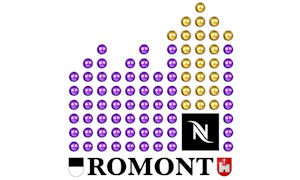 Nestlé Nespresso SA today announced its commitment to build its third production centre in Romont, in the Swiss canton of Fribourg. Complementing the two existing Nespresso production centres in Orbe and Avenches, this new site will enable Nespresso to meet growing global consumer demand for its highest quality coffee in the years ahead.

“For more than 25 years, we have been investing in quality and innovation in all areas of the Nespresso business. That has bolstered growing consumer demand for Nespresso worldwide,“ said Patrice Bula, Executive Vice President, Nestlé SA, responsible for the Strategic Business Units, Marketing, Sales and Nespresso.

“Meeting that growing consumer demand for Nespresso coffee in the years ahead is why we are today investing in the future. Investing in the third Nespresso Production Centre is an investment in our capability to transform top-quality green coffee – between 1-2% of the world coffee crop – into highest quality Nespresso Grand Cru coffees,” said Mr Bula.

The new production centre represents a strategic investment in Nespresso long-term business development. “Our state-of-the-art production centres play a key role in the development and delivery of our selection of Grand Cru coffees,” said Daniel Lagger, Director of Operations of Nestlé Nespresso SA. “Our employees at these production centres provide the expertise to transform the highest quality coffee beans from the world’s finest producing regions into the Nespresso Grands Crus that consumers love and trust for their consistently high quality in-cup result.”

Strategic and quality considerations were the key drivers in the Nespresso decision to build its new production centre in Switzerland. The decision to invest in its home country allows Nespresso to draw on Swiss excellence and to build on the existing Nespresso team’s expertise in Switzerland. Coupled with its strong infrastructure and central location, the skills and quality of the workforce were significant factors in the company’s decision.

The company expects construction to begin at the end of 2012 and the production centre to be operational by the first half of 2015. By then, Nespresso will have invested CHF 300 million and created about 200 direct jobs in the region. The company further says it anticipates the number of jobs at the factory to at least double in the long term.

The design, construction and operation of the new Nespresso Production Centre – similar in size to the one in Avenches – will be anchored in the unique Nespresso Ecolaboration™ sustainability framework. The new factory will integrate cutting-edge technology to improve efficiency and productivity, while minimising its environmental impact.

The Nespresso announcement brings to a close an extensive evaluation process that took the company across Europe and throughout Switzerland, to the canton of Fribourg.

Nespresso currently employs more than 2000 people in Switzerland. The country is home to the company’s two existing production centres, its Swiss market team and its global headquarters.