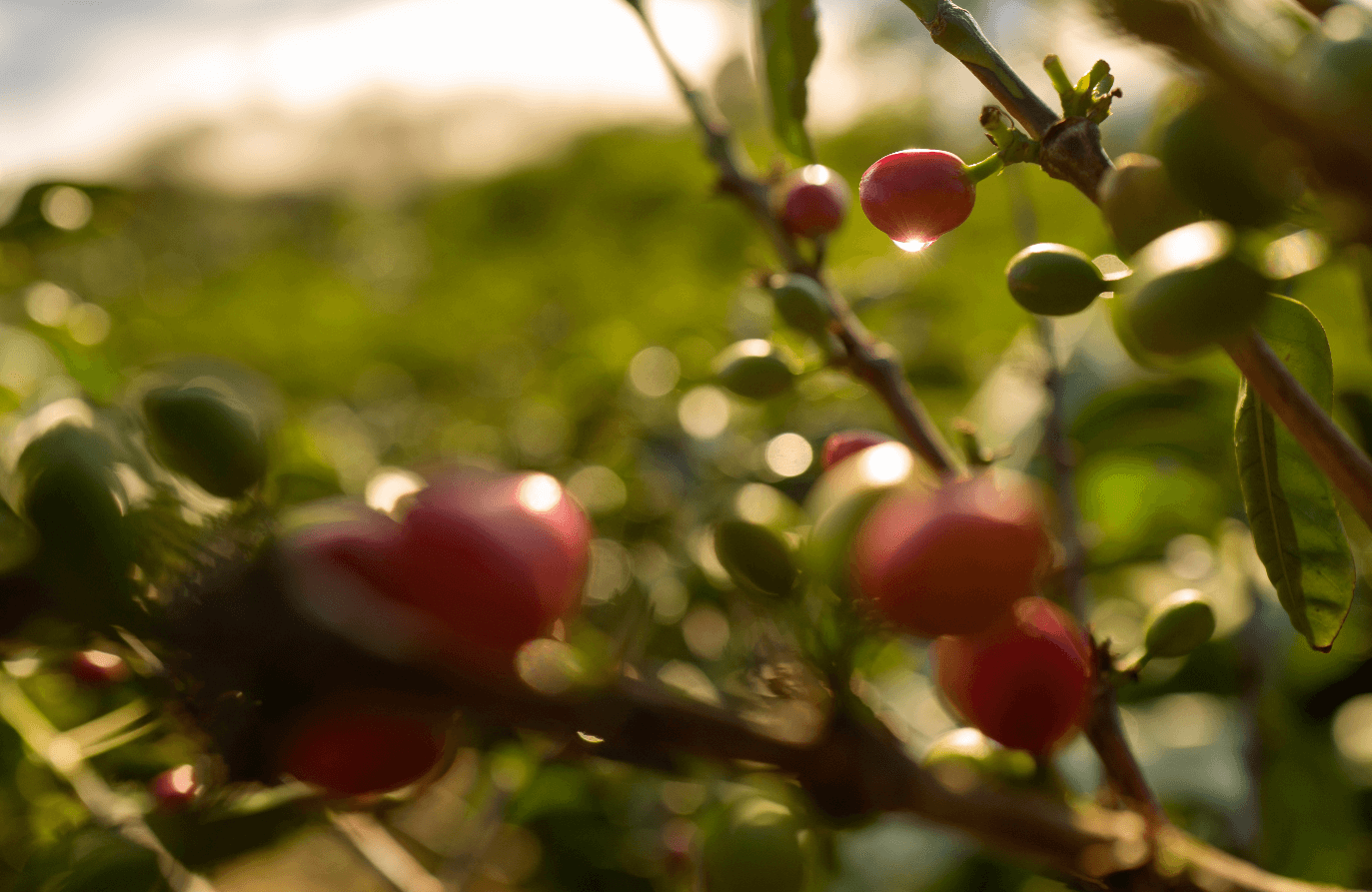 The verdant, rugged Huehuetenango highlands are one of the best coffee production regions in Guatemala. Protected from frost by hot winds blowing in from Mexico’s Tehuantepec plain to warm the Cuchumatanes, it is the highest non-volcanic mountain range in Central America. It is here, in the municipality of Cuilco, that Hermilo Pérez has been running his family farm for 25 years.

Starting at about 1,425 metres above sea level and reaching up to some 1,900 metres above sea level, El Kristal farm covers roughly 9 hectares. In its lush, black soil Hermilo cultivates primarily coffee, which includes the Arabica varieties caturra, bourbon, catuaí, pacamara and pache colís. He also grows fruits and macadamia nuts, while an additional acre of the farm is covered by forest.

Hermilo first learned about the AAA Program through an agronomist from Exportcafe, one of the Nespresso main partners in the country. “Of course the better prices they offered was an interesting incentive, but it was also the prospects of improving the conditions of the farm, and raising the profile of our coffee without damaging our natural resources that convinced me to join the Nespresso AAA Program,” Hermilo said.

"The Nespresso AAA Program helps us keep our farm clean and preserve the natural resources around it."

Over the years and with the support of Nespresso trained agronomists, Hermilo has successfully taken measures to ensure the long-term quality of his coffee, his farm and the livelihood of the people who live on it.

“The Nespresso AAA Program helps us keep our farm clean and preserve the natural resources around it,” said Hermilo. “Although it was quite a challenge, we have built septic tanks so that waste water is no longer discharged into the rivers and streams that flow through the farm. We no longer burn our rubbish, and we divide it into organic and inorganic waste before disposal,” he continued.

Hermilo has also improved the living quarters of his workers. About 15 help with the pruning, clearing and weeding, and an additional 50 come for the harvest. He has also improved the efficiency of his wet and dry processing facilities, and is currently in the process of building a water powered turbine engine to generate electricity for the farm in general.

The Nespresso AAA Program is about more than fulfilling quality and sustainability criteria; it is an on-going process that includes rigorous assessments, improvements in infrastructure as well as changes in attitudes and approaches, step-by-step. As a long-term participant in the AAA Program, Hermilo Pérez stands as a role model for other farmers in the region.