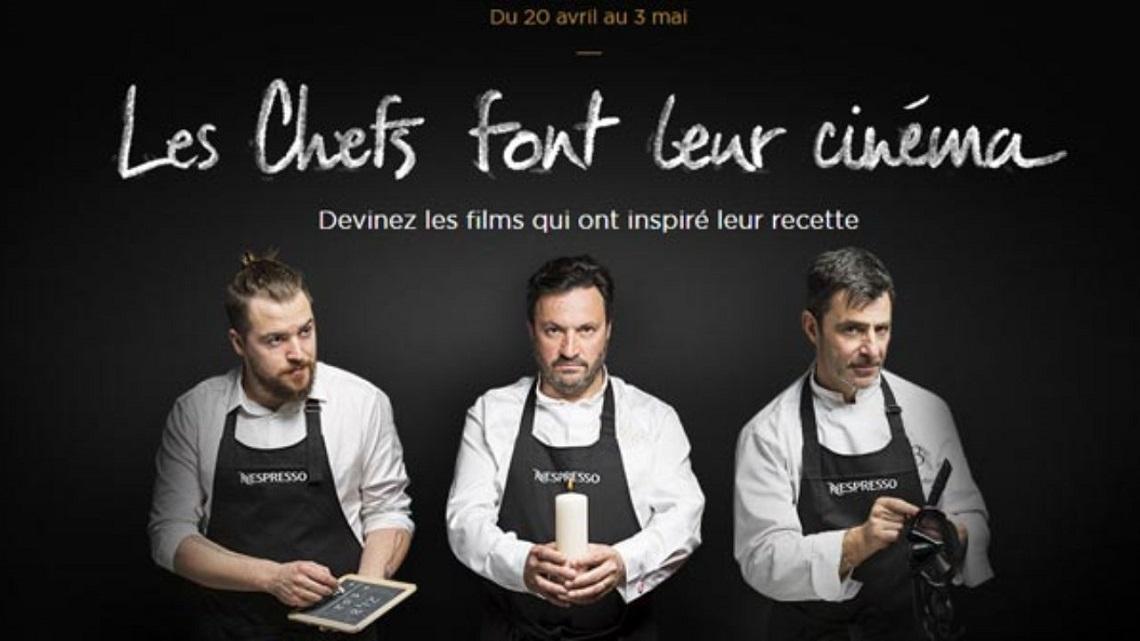 Celebrating passion and excellence in film and gastronomy

As the red carpet unrolls in Cannes to recognise award-winning cinematic talents, Nespresso returns as Official Partner of the 68th Cannes Film Festival to celebrate the fusion of film and high gastronomy at the “Plage Nespresso”.

Open for the duration of the festival from 13th to 24th May 2015, the private beachside venue by Nespresso brings festival guests a stylish and exclusive setting that enhances the Cannes experience with coffee moments and the best in fine dining.

For the second year running, Nespresso will stage “Les Chefs font leur cinema”, an exclusive dinner series at the Plage Nespresso inspired by iconic films from the history of the Cannes film festival.

Three rising stars in the world of haute cuisine were invited to recreate the mood of an award-winning film in a five-course meal. Each meal was developed to be enjoyed with a specific Nespresso Grand Cru, which also features as an ingredient in some recipes.

From May 14th to 16th, the program stars Yves Camdeborde, chef at Le Comptoir du Relais Saint Germain in Paris. His meal is inspired by the Grand Cru Arpeggio and the film “Under the Sun of Satan”, directed by Maurice Pialat, awarded the Palme d’Or in 1987.

The dinners on May 19th and 20th will be orchestrated by Christophe Dufau, from the restaurant Les Bacchanales in Vence, France. His meal is inspired by the Grand Cru Dulsão do Brasil and the film “The Silent World”, directed by Jacques-Yves Cousteau and Louis Malle, awarded the Palme d’Or in 1956.

May 22nd & 23rd feature culinary creations by Florent Ladeyn, of L’Auberge du Vert Mont in Boeschepe, France. His meal is inspired by the Grand Cru Indriya from India and the film “The 400 Blows”, directed by François Truffaut, awarded Best Director in 1959.

Long-standing partnership with the creative fields

The partnership with the Cannes Film Festival, now in its eighth year, is one of the many ways that Nespresso is reinforcing its commitment to creative talent. Nespresso enjoys collaborations with select events, organisations and professionals in fields such as haute cuisine, art and design and competitive sports that share a common passion for innovation and excellence.