From left to right: Daniele Jungling (Global Head of Operations for Nespresso), Willy Schorderet (Préfet of the district of Glâne), Valentin Bard (Lieutenant of the Préfet of the district of Glâne), Olivier Curty (State Councillor and Vice-President of the Government, in charge of the economy of the canton of Fribourg), Jean-Claude Cornu (Mayor of the town of Romont), Guillaume Fraysse (Nespresso Romont Factory Manager), Olivier Légeret (Nespresso Romont Project Manager)

Nespresso has marked the start of the construction of the expansion of its production centre in Romont, Switzerland. The laying of the first stone of the second production hall took place in the presence of representatives of the canton of Fribourg, the district of Glâne and the municipality of Romont, and in a restricted committee due to COVID measures.

The CHF 160 million investment in this new structure will answer to the increasing consumer demand for Nespresso’s high-quality premium coffees and support international development in the coming years.

The construction of this second production hall will allow to double the production capacity with 10 new lines dedicated to Nespresso Vertuo and Professional coffee ranges, as well as the creation of 300 new jobs by 2030. The first new production lines are expected to be fully operational by June 2022. The recruitment for the new site has already begun and over 100 people will be hired by the end of this year.

“I am delighted that the first stone of our new production hall in Romont has been laid. This foundation illustrates our Swiss and regional roots and symbolizes the continued success of Nespresso. It is a story that began in 1986, and it is with great joy that we write a new chapter today. All those involved can be proud of this great adventure,” said Guillaume Le Cunff, CEO of Nespresso.

"I am delighted with the laying of this first stone. This event marks a new stage in Nespresso's significant contribution to the region. It is also a strong signal of the company's confidence in the economic development of our canton, in particular in its ambitions for innovation and excellence. I would like to congratulate Nespresso for the efforts that the company has put in place, barely 6 years after the construction of the first building. It’s excellent news for the continuation of our partnership in the years to come," declared the State Councillor and Vice-President of the Government, Olivier Curty, in charge of the economy of the canton of Fribourg.

The Romont factory, inaugurated in 2015, is the center of excellence for the production of Nespresso’s Vertuo coffees now available in 24 countries across North America, Europe and Asia. In the last two years, Nespresso strengthened its operations in Romont with the addition of 4 new production lines and the creation of 50 new jobs, while inaugurating a new Product Development Center and a Coffee Campus in 2018, fostering coffee innovation and expertise.

A positive impact on the local economy

All Nespresso coffees distributed worldwide are produced in Switzerland. Over the past 10 years, Nespresso has invested CHF 700 million in its three Swiss-based production centers in the cantons of Vaud and Fribourg, where sustainably grown coffee beans are transformed into the highest quality coffees through the know-how and passion of more than 1’300 skilled factory employees.

"The success continues for the Glâne district. Nespresso has given a lot of hope and a sense of renaissance locally. This extension confirms the hopes and promises, all in record time. Today, an industrial lung for the Glâne district, this site brings a positive dynamic and a new image to the region," commented Willy Schorderet, Préfet of the district of Glâne.

"This is a great opportunity for Romont and the whole region. We are very proud to have an industrial site of this quality in Romont. We are also very proud to see the company double its production capacity on the site. In addition to the many jobs created, this is a wonderful visitor card to encourage other companies to come and settle in the region," added Jean-Claude Cornu, Mayor of the town of Romont. 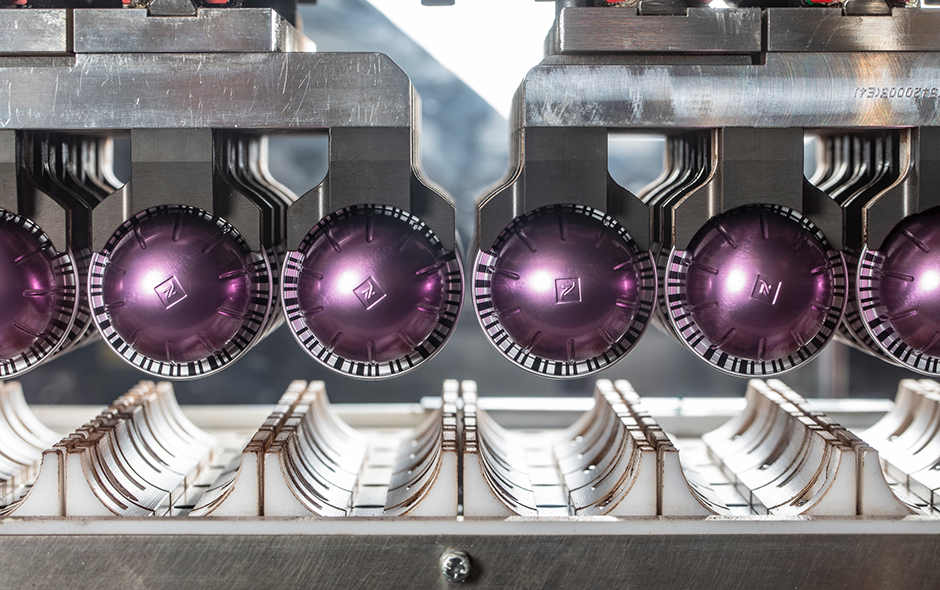 Nespresso is committed to its sustainability ambition, that every cup of Nespresso coffee has a positive impact on the world. All three Nespresso production centers are ‘zero waste to landfill’ and production processes have been optimized to ensure heat and water are recovered and reused whenever possible. In the existing facility in Romont, the heat from the coffee roasters is recovered and used to pre-heat the green coffee and the factory itself. Any excess heat is redistributed to the local community. Romont was the first production center in Switzerland, and thus the first factory for Nestlé in Switzerland as well, to achieve the LEED® Gold certification (Leadership in Energy and Environmental Design) in 2015.The new production hall will be built based on the same LEED® principles that have guided the construction of the Romont production center back in 2015.

This certification not only covers the energy and water-efficiency of an industrial building, it also weighs aspects such as employees’ health and wellbeing at the workplace, and infrastructure for environmentally friendly mobility. Some examples of the various initiatives carried out by Nespresso to meet the LEED® requirements include the use of 20% recycled construction materials and an 18% decrease of the site’s energy consumption thanks to heat recovery from the roasters, triple glazing and the use of LED lighting. The LEED® certification extends Nespresso’s sustainability commitments and forms part of its global sustainability strategy, The Positive Cup. 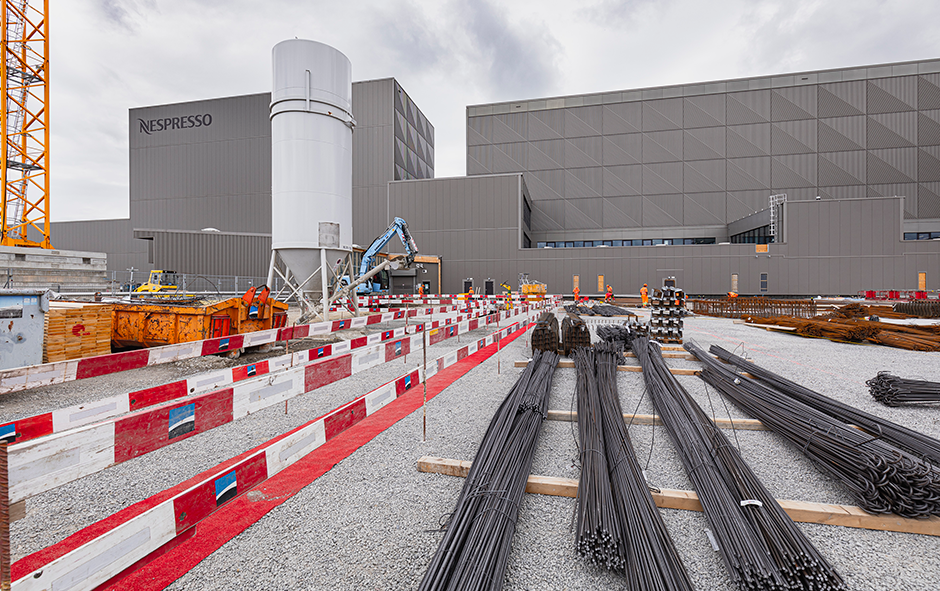 Facts and figures about the Nespresso Production Center in Romont